King Abdullah Bin Abdulaziz Al Saud hosted more than 3,000 guests, including prominent Saudis, foreign leaders, and nobel laureates, at the inauguration ceremony of the King Abdullah University of Science and Technology (KAUST), Saudi Arabia. We created an interactive exhibtion area for all guests and show elements for the inauguration itself. For the inauguration we created an interactive exhibition area, which featured various interactive applications presenting all aspects of KAUST, as well as milestones in the history of arabic, islamic and world science. We also enriched the inauguration show with interactive real-time content on a movable projection screen. The center piece installation included an 8m tall LED cylinder with 360 degree animations and four curved, edge blended projection screens displaying a 360 degree animation. With the animations being synchronized to each other a full immersive environment was created. A spherical projection displaying a virtual earth was sitting beneath the LED cylinder. The visitors controlled the information displayed on the globe by four touch screens. In addition four interactive timeline tunnels were created. These “timeline projections” were combined with a laser tracking system, which allowed visitors to trigger animations by walking past them or interact with the content by simply waving their hands in front of it (touch-less interaction). For more detailed information 23 holographic touch screen displays with a fully animated 3D user interface were installed around the exhibition area. Visitors could browse through almost one thousand pictures and several hundred pages of text in English and Arabic informing about the history of Science, KAUST, Saudi Arabia and the launch event itself. Professors of KAUST were able to present their faculties at four interactive coffee tables with integrated touch screens. We provided real-time graphics and animations for the inauguration show to support lectures and speeches. The Custodian Of The Two Holy Mosques King Abdullah himself triggered the grand finale by touching an interactive pylon. This gesture initiated the opening of the 70m wide, shaped projection screens with all animations synchronized to the screens’ movement. 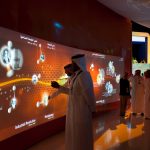 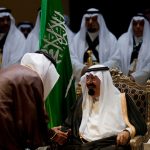 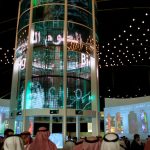 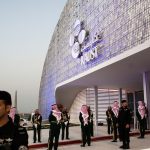 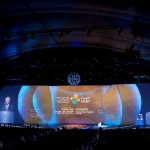 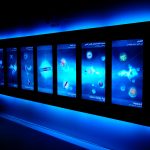 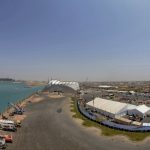 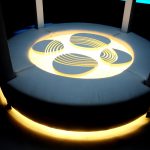 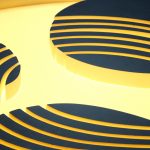 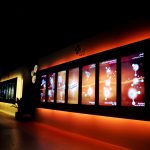 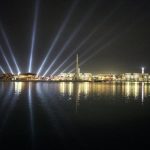 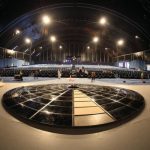 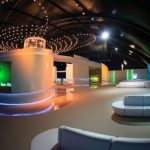 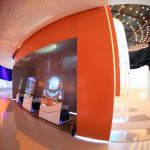 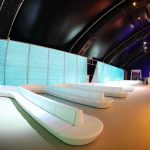 This entry was posted in Kaust Inauguration, Merlin Events. Bookmark the permalink.