Merlin produced the London Centenary Dinner for the Jewish National Fund (JNF) at Alexandra Palace. It was a landmark event with guest of honour President Bill Clinton giving a stirring and significant speech. The event raised over $2 million

The JNF centenary dinner, held in London for more than 1,500 people, is believed to be the largest kosher event ever held in Britain. 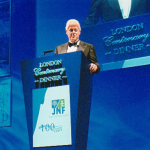 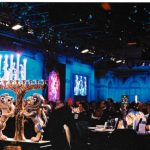